After breakfast, proceed to Guptkashi. On arrival check-in at hotel.Overnight stay at hotel.

Joshimath is situated on the slopes above the confluence of Alaknanda and Dhauliganga. Of the four ‘Maths’ established by AdiShankaracharya, Joshimath is in the Badrinath to Joshimath and installed in the temple for people to worship. There are many temples in the township most important is the temple of Nir Singh in commotion of Lord Vishnu. The left arm of this deity is with time and the popular belief holds that the day the the arm completely withers Badrinath valley will cease to exist and the Gods will transfer the residence into the neighboringNiti Valley at BhavishyaBadri. Joshimath is connected by regular bus service to Rishikesh, Haridwar, Badrinath and many other centres in the region.

Drive to Rishikesh, the ‘place of sages’ is a celebrated spiritual town on the bank of Ganga  and is surrounded by Shivalik range of the Himalayas on three sides. It is said that when Raibhya Rishi did hard penances, God appeared by the name of ” Hrishikesh ” and this area hence firth came to be known as Rishikesh.

On arrival transfer the guests to Haridwar Railway Station to board the train for onward journey and tour terminates. 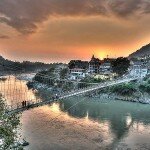 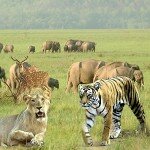 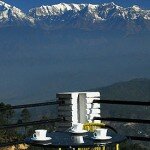 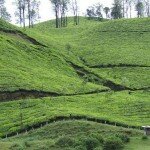 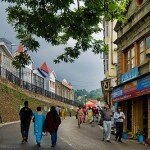